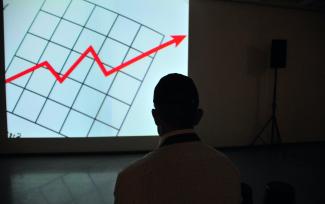 Catch of the Day: LTC TLC (A Look at Insurance Policies)

Late on a Friday afternoon, as I was wrapping up for the day, my office phone rang. The woman on the end of the line introduced herself as Gloria. She had been referred to me by a client who had forwarded her a newsletter article in which I wrote about the dilemma faced by long term care insurance policy owners who, after paying premiums for many years, were now receiving letters from the insurance company informing them of steep premium hikes.

Gloria explained that she and her husband, John, had purchased LTC policies through Genworth seven years earlier in 2011 at the recommendation their financial advisor at Merrill Lynch. Upon receiving a premium increase notification, they had called their advisor, but he did not seem well-informed. She said he had simply advised them to pay the new higher premium to keep the policy in force, since they are in their mid-70s and would not likely be able to qualify for or afford coverage from a different carrier today. Gloria advised that the premium increase would pose a significant burden and wondered if I could offer a second opinion.

Where FPH comes into the picture...

Since she sounded stressed, we set up a meeting at my office for the next day. When Gloria and John presented their policies, it seemed to me that they had purchased more coverage than they needed. The current home care and nursing care benefits were likely more than what the cost would be today and the unlimited benefits period and 5% compound annual inflation adjustment were also contributors to premium cost.

Gloria and John also expressed concern over the possibility of bankruptcy for Genworth. I informed them that the state of Hawaii has an insurance guaranty fund that would honor up to $300,000 in LTC benefits in the event of a carrier default. Although the prospect of bankruptcy for Genworth did not seem likely, given the company’s significant liabilities, such a potential outcome was not entirely out of the question. The guaranty fund limit equated to about 3 years’ worth of benefits under their policies.

With this information in hand, I arranged for Gloria and John to sit in on a conference call to Genworth the following Monday. After authorizing Genworth to speak with me, I confirmed that the policies John and Gloria purchased permit them to make reductions to their benefits at any time and requested that Genworth provide premium illustrations for reducing the benefit period from unlimited to 5 and 10 years, eliminating the annual 5% inflation compounding, and for a combination of both reducing the benefit period and eliminating the inflation compounding.

Gloria and John ultimately elected to reduce their respective benefit periods to 5 years and stop the annual benefit compounding. This election not only enabled them to avoid the hefty premium increase, it preserved their current daily benefit amount and reduced their combined premium payment by over $7,000 per year!