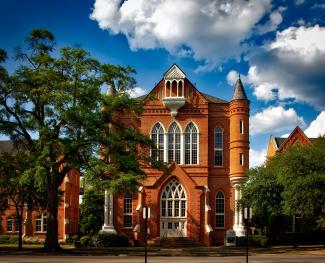 (Encouraging Younger Workers to Put Off Saving for Retirement Until  Their 40s or 50s is Colossally Bad Advice.)

In August, a team of four Ph.D.-toting economists published a paper in The Journal of Retirement, titled, "The Life-Cycle Model Implies that Most Young People Should Not Save for Retirement." My first reaction was that the header is merely academic clickbait. Controversial titles attract readers. I often do this in articles and papers I write too. My 2021 Advisor Perspectives article, "Be Afraid. Be Very Afraid of Retiring in the 2020s" serves as a case in point. However, upon reading the paper, I was stunned to discover that these four esteemed scholars really did publish a research paper suggesting that American workers should not start saving early for retirement! To support their preposterous premise, the authors apply the controversial life-cycle model of economics which states that rational workers instinctively seek to allocate resources over their lifetime with the aim of avoiding sharp changes in their standards of living.

This model was developed in the 1950s and earned its author, Franco Modigliani, the Nobel Prize in economics in 1985.  It is widely accepted in the field of economics and has been expanded upon over the ensuing decades. In referring to the model as controversial, I mean that the model is detached from the practical reality we financial planners observe in interacting with real-world clients. It has not been my experience that consumers instinctively plan their consumption over their expected lifetime consumption.  Instead, we consistently observe that consumers’ widely documented failure to adequately plan for retirement is rooted in a lack of financial literacy and/or cognitive dissonance. Nor do we observe reticence among consumers to accept sharp changes to their standards of living.  Instead, we planners routinely confirm consumers’ well-documented proclivity to embrace over-spending (“consumption” in economic parlance) and/or their willingness take career risks to significantly lift their standards of living.  This is true even in retirement.   Rather than maintain their existing standard upon retirement, it is common for clients seek to elevate consumption in the form of increased travel and leisure in the first decade of retirement.  It has also been observed that living expenses tend to rise dramatically in the final decade of retirement, though this is typically attributable to non-discretionary healthcare costs.

Additionally, the assumption that American workers all plan to work for 35-40 years until reaching Social Security full retirement age (FRA) of 67 or longer is a myth or at least a dated concept. I would be willing to wager that a survey of recent college grads would find that most would prefer to retire and enjoy life far earlier than FRA. Retiring early requires saving early, particularly in the absence of employer pension plans. Conversely, I bet a survey of consumers in their 60s and 70s would find that a significant number wish they had saved more for retirement and or that they had started saving earlier.

In applying the model, the authors argue that because workers at the beginning of their careers obviously tend to have lower incomes, saving for retirement violates the lifecycle theory and forces them to enjoy a lower standard of living than they should at that age. Specifically, they suggest that higher earning younger workers should only start saving for retirement during middle age. For workers in low lifetime earning career paths, the authors point out that Social Security retirement benefits replace as much as 52% of income, which again obviates the need to start saving earlier.  This is perhaps the dumbest financial planning advice ever.

The reason my knickers are in such a twist over this paper is not just that the economists are not accurately modeling real world consumer behavior. Instead, what bothers me is that it is widely acknowledged that American workers are facing a retirement crisis. As a whole, consumers are poorly educated about personal finance and retirement planning and are generally far, far behind in accumulating nest eggs of sufficient size to maintain their standards of living in retirement. Given that most workers can expect to spend as long or longer in retirement than they were in the workforce and that non-discretionary healthcare expenses tend to rise dramatically later in retirement, advising consumers to reduce their retirement savings strikes me as extraordinarily irresponsible advice.  Apparently, I am not alone in this opinion. Here are two rebuttals from the financial planning community that were spawned in the paper’s wake -

This May Be the Worst Financial Advice Ever Shared (The Street.com)