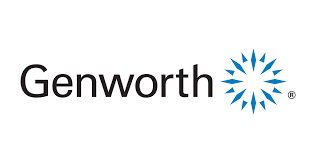 Genworth and Information Regarding Premiums

Over the past several years, I have received many calls from consumers seeking guidance on how to respond to premium increase notices they received in the mail from Genworth (as well as other LTC carriers). In most of these instances, the policyholders had paid premiums for many years and were now facing phased-in premium increases of 40% or more. For most of these people, the need for long term care coverage still existed, but the rate increases threatened to make the cost of maintaining coverage unaffordable.

Nearly all the policyholders were unaware that there were other premium and coverage options available beyond those which were presented in Genworth’s notification letter. To help policyholders better understand their choices, I usually set up a 3-way call with Genworth. Policyholders were frequently pleased to find options that allowed them to retain most of their previous benefits at the same or lower premium than they had been paying previously as long as they were willing to forgo further compound or simple interest inflation adjustments to the daily benefit amount.

Raising awareness of this type of policy adjustment was met with relief, as the prospect of walking away from LTC policies on which they had paid premiums for at least a decade or two and being left with no coverage to face a potentially catastrophic financial risk was distressing. However, a pending class action settlement agreement between Genworth and the plaintiffs may lead many Genworth policyholders to rethink how they view their policies. The lawsuit is referenced as Jerome Skochin, et. al. v. Genworth Life Insurance Company, et. al. and further discussion first requires the following disclosure –

The purpose of this essay is solely to raise awareness among Genworth's long term care insurance policyholders of a potentially important development that may be relevant to their decisions to keep, adjust, or terminate their policies. The related legal documents are inherently complex and nothing in my commentary should be construed as either legal guidance or a policy recommendation. For specific, guidance all policyholders are advised to seek legal guidance. The following resources may also be useful to the decision-making process.

With that important disclaimer in place, I will now share what I know. I became aware of Skochin v. Genworth when a few clients sent me a copy of the:

“Notice of Pendency of Class Action and Proposed Settlement”

they received requiring them to opt-in or opt-out of the settlement class. While Genworth is facing multiple class-action lawsuits over the spate of premium increases it has imposed over the past two decades, this particular case stands apart because:

The Result of Skochin v. Genworth

Apparently, the legal argument that was made was sound enough and the terms bearable enough to compel Genworth to settle. As far as I can tell, the most tangible elements of the settlement are the requirement that Genworth quantifiably discloses to all policy holders the company’s expectations for future rate increases and to offer all policyholders two options as alternatives to terminating the policies including an option to accept a reduced paid-up policy and a return of some portion of the premiums they have paid over the life of the contract or a fully paid-up policy with no future premiums required (and with much lower benefits than the original contract).

Although the settlement agreement has not yet been approved by the court, in its communications with LTC policyholders, Genworth appears to have already begun offering the aforementioned alternative settlement options as an alternative to outright termination. Additionally, it has begun disclosing the amount of future premium increases that may be needed to sustain the policies.

Here are two such disclosures that FPH clients have passed along to me:

What does this mean for consumers and policyholders?

As you can see, the magnitude of potential future premium increases combined with the opportunity to terminate the policies and at least get some of the premiums that had been paid returned adds a new wrinkle to consumers’ decision-making process. At the same time, policyholders who continue with the contract still have the ability to at least partially avoid the premium increases by modifying (i.e., reducing their benefit features from the original contract).

The only specific guidance I can give is to suggest that you read the settlement information carefully and seek legal counsel.

If you are wondering how the state insurance regulators could allow this spiral of rate increases to happen and why they are not out fighting on behalf of the policyholders, I encourage you to read the obnoxious/offensive (my opinion) Q&A posted by the Massachusetts Insurance Division - Long-Term Care Insurance Rate Increase Questions and Answers

The Commissioner effectively scolds consumers for not carefully reading or understanding the terms of their long term care policies at the time they were issued.

As a licensed insurance producer who sat in on several pitches by Genworth (then GE) Long Term Care insurance product salespeople in seminars to both financial advisors and consumers in the late 1990s and early 2000s, I can affirm that the possibility of future rate increases was indeed disclosed…and it was also described by the sales reps as an extremely remote possibility. There was certainly no mention of the possibility that premiums might be jacked by more than 300%!

In my opinion, the insurance commissioners bear significant responsibility for allowing the companies to grossly underestimate their risks and it is unconscionable for the Commissioner to fail to acknowledge the glaring informational asymmetry that exists between the insurance company and the consumer. Expecting the consumer to fully read and understand the legalese and fine print of a 90-page contract is beyond ridiculous.

The information contained in this report is intended for informational purposes only. This information is not intended as a solicitation or an offer to buy, sell or hold any security. Investments and strategies mentioned may not be suitable for all investors. Examples and illustrations included herein are hypothetical only, actual results will vary. Past performance is no guarantee of future results. As with all investments, various risks may exist and we recommend you consult with your financial advisor prior to making any investment decisions. Neither the author nor JW Cole/JW Cole Advisors provide legal or tax advice.

John H. Robinson is the co-founder of Nest Egg Guru and the owner of Financial Planning Hawaii. Research papers he has written or co-authored have appeared in numerous peer-reviewed academic journals.  Papers he co-authored on retirement income sustainability won the 2008 CFP Board of Standards and the 2010 Institute for Retirement Education (InFRE) best paper awards, respectively.