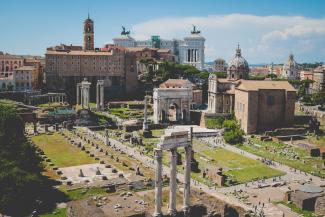 How Knowing a Little Latin Can Help Avoid Planning Pitfalls

Per Stirpes vs. Per Capita Beneficiary Designations: How Understanding a Little Latin Can Help Avoid Planning Pitfalls

"Per Stirpes" and "Per Capita" are Latin terms that are part of the legal lexicon governing beneficiary distributions. Failing to understand the difference between these terms can have unintended consequences.

Per stirpes beneficiary designations, are intended to make sure that children inherit in the place of a deceased parent. For example, if a grandfather names three adult children as his equal IRA beneficiaries, but one child pre-deceases him, upon the grandpa's death, his two surviving children would receive their 1/3 shares and the children of the deceased child would equally share in the remaining 1/3. If the deceased beneficiary had no children, the two other children would receive 1/2 each.

Under per capita designations, the proceeds are simply divided among the remaining surviving beneficiaries. In the above example, unless the grandpa updated his beneficiary designation following the death of one of his three children, upon his death, the IRA would be allocated 50:50 between the two surviving children and the grandchildren from his deceased child would be excluded.

There is also a hybrid form of designation called "Per Capita by Generation".

It is important to note that per capita, per stirpes, and per capita by generation do NOT normally recognize spouses. So a deceased son with no children but a surviving wife will have his "branch" passed over.

As you can see, taking time to think through your beneficiary designations and to understand the ramifications of your naming decisions is a big deal.