Why I quit the FPA, and you should too

Financial Planning Hawaii's founder JR Robinson was featured in Financial Planning Magazine discussing the recent scandals which have mired the CFP Board and why he is trying to raise awareness of the harm the board has inflicted upon consumers. 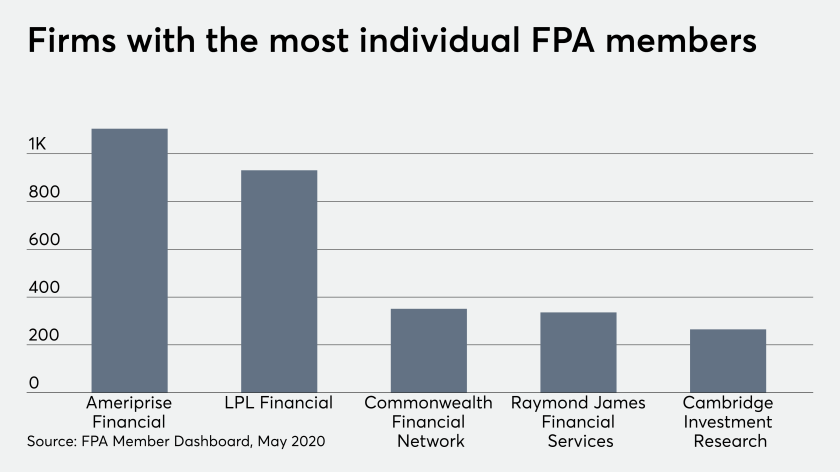 After eight years, the CEO of the Financial Planning Association, Lauren Schadle, resigned last month. She leaves behind an organization that has lost thousands of members in recent years.

Count me among them. I was a member for many years and enjoyed the community dialogue, the Journal of Financial Planning (in which I published five articles), and the group membership benefits. I terminated my membership in March.

Count me also among the growing legions of financial planners who are completely turned off by the FPA's status as a puppet organization and lobbying partner (along with NAPFA) of the CFP Board of Standards. Over the past few years, I have written a number of articles intended to raise awareness of the self-serving ambitions of the CFP Board and of the immeasurable harm it has done to consumers by fostering regulatory confusion. The board has spent millions of dollars on advertising and PR campaigns telling consumers that its members are "thoroughly vetted" and more ethical than non-CFP financial planners — all the while willfully promoting thousands of CFPs with major disclosure events on their FINRA BrokerCheck and SEC IAPD records as clean on the CFP verification website, according to a Wall Street Journal investigation. (I am featured and quoted in that July 2019 Wall Street Journal exposé of the CFP Board.)

What was the FPA's response to the scandal? To reaffirm its unwavering support for its OneFPA initiative, to lobby to make the CFP mark a requirement for all financial planners, and to reaffirm its support for the CFP Board in general. I am not sure how much more tone deaf the FPA can be. I cannot think of any good reason why the more than 30% of the FPA's members who are non-CFPs would want to continue to pay dues to an organization that is hellbent on using their money to lobby to make the CFP Board the de facto regulator of the industry.

But I doubt that it is only the non-CFP members who are heading for the FPA exits. After I published my 2018 op-ed commentary, "Why the CFP Board Should Not Govern the Financial Planning Profession” and after the WSJ article was published, I received many emails from individual CFPs thanking me for calling out the CFP Board for the corrupt, ethically bankrupt organization that it is. Many of the CFP emails asked me not to forward the messages on or use their names in my public comments out of fear of reprisal from the CFP Board. The FPA is completely blind in its perception that its CFP members all support the CFP Board. My experience suggests that there is a large number who do not.

For me, the breaking point came last fall when I responded to an FPA email appeal sent to all members seeking financial planners to provide pro-bono guidance to families who are dealing with serious or terminal illnesses. I was delighted to lend my expertise to that cause and would like to think I am reasonably qualified. I have a degree in economics and more than 30 years of professional experience. I have written or co-authored eight papers on a broad range of planning topics that have been published in peer-reviewed journals, including three award-winning papers on retirement income sustainability. Importantly, I also have no disclosure events on my FINRA and SEC IAPD records.

My application to provide pro-bono financial planning guidance was rejected. Why? Because I am not a CFP. At the same time, any of the thousands of CFPs with a felony conviction, termination for cause, bankruptcy filing, arbitration awards or client complaint settlements on their BrokerCheck and IAPD records (but who still appear on the CFP website as clean) would be deemed perfectly qualified by the FPA to provide pro bono guidance to these unsuspecting families.

As a side note, further reason to be skeptical of the CFP Board's commitment to enforcement comes from last week’s headline in Financial Planning “CFP Board to stop posting some financial advisor bankruptcies.” According to Leo Ryzdewski, the board’s general counsel, “A single bankruptcy may not reflect [an advisor’s] ability to manage their personal finances. We are now saying if someone has a single bankruptcy, that should go through a disciplinary process.” Note to Mr. Ryzdewski: Maybe you should consider letting consumers decide whether the fact that their CFP filed for personal bankruptcy might reflect on his ability to manage their finances.

As for the future leadership of the FPA, don’t count on the kind of inclusive, independent-minded culture change that will bring members rushing back in droves. So far, all indications are that the board is conducting an external search for a new leader who is cut from the same cloth as current CFB Board CEO Kevin Keller and NAPFA CEO Geoff Brown. I fully anticipate that the new leader will be a loyal disciple of the CFP Board.

I hope this commentary serves as a rallying cry for all the CFP and non-CFP financial planners who have had enough of the FPA’s blind, feckless endorsement of the CFP Board to clap back by dropping your FPA memberships. I hope it will also inspire fellow financial planners to push back on the CFP Board for its slippery, self-serving politics and for its abject willful failure to place the interests of consumers above its own.