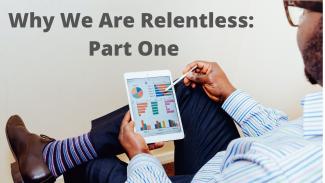 Why We Are Relentless: Beneficiary Designations (Part 1)

Why We Are Relentless: Guiding Clients to Provide Copies of Beneficiary Designations for Document Storage and Review (Part One)

Errors in beneficiary designations are among the most common and potentially costly planning mistakes we catch. A recent example highlights we are so persistent in encouraging clients to obtain copies of these forms for us to review and to store in their respective eMoney Vaults.

The wife of a long time client recently called to advise that her husband had passed away, and asked us to help her begin the process of processing the beneficiary claim forms on his retirement accounts and IRAs. For the IRAs that were under our direct management, we, of course, had the forms on file and were easily able to process the spousal direct transfer of her husband’s IRA to her IRA.

However, despite my best efforts over the years to nag the couple into providing copies of beneficiary forms from all institutions outside of our direct oversight, there were still a few accounts with beneficiary designations we had not seen.

Situations We Learned From

In particular, the client’s husband had an IRA in a money market account at a local bank. We had never received a copy of the form, but it was presumed that the wife was named as the primary beneficiary and their son was named as the sole contingent beneficiary.

As you might imagine, this revelation to a mourning spouse can be decidedly unsettling. As it turned out, the husband had apparently made an error in updating the beneficiary form many years ago. Instead of adding their son as a contingent beneficiary, he instead listed the son as the sole primary beneficiary, thus bumping his wife off the beneficiary designation entirely.

To rectify this mistake the son is perfectly willing (though not legally obligated) to disclaim his beneficial interest in the IRA. However, because there was technically no contingent beneficiary on the account, the wife’s only if she wishes to transfer the IRA into her IRAs is to seek permission through a Private Letter Ruling (PLR) from the IRS. Absent this approval, even if her son disclaims his interest, the IRA would be deemed to have no named beneficiary and would be subject to probate and taxable distribution.

At this point, some astute readers may be thinking, “Hey, wait a minute, aren’t there rules in place to protect against the possibility of having one’s spouse name someone other than him/her as the primary beneficiary?” With respect to IRAs, the short answer is usually, “No.” In the early 1980s, a federal law was instituted that requires written spousal authorization for the designation of non-spouse primary beneficiaries on qualified retirement accounts such as pension plans, 401(k)s, 403(b)s, etc. However, these rules do not extend to IRAs, though clients who live in any of the 9 community property law states may be afforded some degree of protection.

For our client, while the additional stress from this ordeal was entirely unwelcome and avoidable, this anecdote will ultimately have a positive outcome, insofar as she will receive the assets. However, stories abound of far less harmonious beneficiary surprises. As a related matter from my own personal experience, a life insurance company once inadvertently recorded another FPH client as the beneficiary of my policy. Had I not caught this error, I can only imagine my wife’s reaction upon learning of another woman named as a beneficiary! I am thinking it might perhaps have tainted her memory of me just a bit.

For additional reading on this subject, see the following article links.

If You Don’t Want to Leave Retirement Accounts to Your Spouse (Nolo.com)

Do Surviving Spouses Have a Right to a 401(k) or an IRA? (ElderLawAnswers.com)

IRS Allows Rollover of IRA from Estate to Spouse (LexisNexis.com)