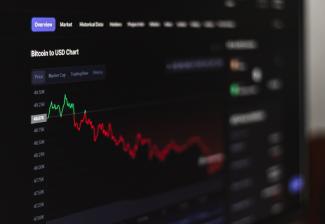 If I had a nickel for every time a client questioned a recommendation by citing an opposing view from a famous hedge fund manager, investment bank, Wall Street insider, or Silicon Valley Guru, I would corner the market for nickels.  The inference is, of course, that investment guidance from a lowly financial planner in the middle of the Pacific is less credible than wisdom from the so-called “Smart Money” crowd.

The reason I roll my eyes every time a client asks for my response to some investment guru’s bold prediction is that over my long career I have consistently witnessed the Smart Money make colossally dumb mistakes.  For instance, in the late 1990s, Long Term Capital Management, a hedge fund comprised of some of the brightest mathematical minds on Wall Street, including three Nobel Prize-winning economists, developed a “foolproof” black-box trading strategy that crashed and burned so calamitously that it threatened to take down the global financial system.  [See When Genius Failed]

In the late 1990s, Wall Street’s top investment bankers fawned over the brash brilliance of WorldCom CEO Bernie Ebbers and referred to Enron’s Chairman Ken Lay and CFO Jeff Skilling as “the smartest guys in the room.” History reveals that both Enron’s and Worldcom’s financial reporting strayed far, far from generally accepted principles of account and that the executive leadership committed massive fraud. The “Smart Money” folks got so caught up in the hype and cult of personality, that they never took the time to look under the hood.  As we have learned over the past month, Samuel Bankman-Fried (a.k.a. “SBF”) is the 2020s incarnation of these latter-day fraudsters.

The list of Smart Money individuals and firms that brashly entered the crypto market space late in the game and got so caught up in SBF hero-worship (often referring to Bankman-Fried as “the adult in the room” in crypto market space) that they never looked behind the Wizard’s curtain is shockingly long. Here is a sampling of some of the truly epic “Smart Money” fails of 2022:

Ray Dalio Gets into Ether, Praising Crypto While Calling Cash the “Worst Investment” (Coindesk.com, December 21, 2021)  [For the record, when Ray Dalio was making this bold call, I was telling anyone who would listen that investors should shun bonds and especially bond mutual funds, and should allocate the portion of their portfolios that would normally go to that asset class to cash instead because inflation was already raging and it seemed exceedingly obvious that interest rates had nowhere to go but up.  Sorry Ray, but cash was king. See my recent blog post, I was Right About Interest Rates.]

"Wall Street giant Goldman Sachs has predicted bitcoin will increasingly compete with gold as a "store of value"—and could hit $100,000 within five years. (Forbes January 8, 2022)

Sam Bankman-Fried was once caught playing the video game 'League of Legends' during a pitch meeting for FTX. (Insider Magazine, November 20, 2022)

The Zoom chat among the Sequoia partners was full of praise and excitement for Bankman-Fried, according to the article. "We were incredibly impressed," Bailhe said. "It was one of those your-hair-is-blown-back type of meetings."

Sequoia Capital marked down its $214 million investment in the platform to $0 on Wednesday, saying in a letter to its investors that "the full nature and extent of this risk is not known at this time… The glowing profile of Bankman-Fried has since been replaced on Sequoia's website with a somber note linking to the firm's letter to investors alerting them to the cratered investment."

[Today, December 12, 2022, SBF was arrested on charges of bank fraud. Comparisons are already being made in terms of scale and brazenness to Bernie Madoff.]

The Canadian investor was grilled by CNBC’s “Squawk Box″ hosts over his failure to properly assess the risks associated with investing and promoting FTX. O’Leary said that he fell prey to “groupthink,” and that none of his investment partners had lost money.

As you can see from just this small sampling of articles, the “Smart Money” isn’t always smart.  I understand that FOMO is a powerful driver of investor behavior.  This article shows that even smart, wealthy, sophisticated investors – people who should know better - can get caught up in FOMO too, and can fall victim to charismatic scammers just like everyone else.  My job as a financial planner is to help you stay disciplined and consistently apply proven principles of investing and common sense. The next time someone challenges my reluctance to follow the “Smart Money,” this essay serves as Exhibit A of my defense.

The information contained herein is general in nature. Neither Financial Planning Hawaii nor J.W. Cole provides client-specific tax or legal advice. All readers should consult with their tax and/or legal advisors for such guidance in advance of making investment or financial planning decisions with tax or legal implications.