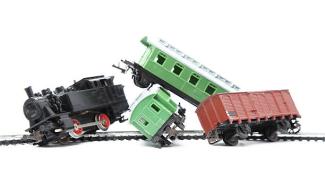 I Was Right About Interest Rates

(…and why that is important now.)

For the past few years, I have been outspoken in advising FPH clients to eliminate bond mutual funds (including target retirement date funds and balanced funds) from their portfolios and to hold the sale proceeds (along with the proceeds) from maturing bonds in low/no-yielding bank deposits.  The reason was simple, after 40 years of mostly declining interest rates, yields on bonds and CDs were approaching zero and could literally go no lower.  In 2020, at the height of the pandemic when the 30-year and 10-year treasury hit historic lows of 1.19% and ,52% respectively, it seemed painfully obvious to me that there were only two possible outcomes for bond yields moving forward – rates could either stay low or go higher if signs of inflation emerged.  In either outcome, there was absolutely zero incentive to lock in even short-term (2-3 year) bond yields. Simply put, there was absolutely no way that interest rates could continue to fall.

Most investors in bonds and bond mutual funds should know that as interest rates rise, the value of existing bonds falls.  Since investors have not experienced a significant period of rising interest rates in nearly two generations, it is understandable that most consumers did not fully appreciate the magnitude by which bond values would decline in the face of even a modest increase in interest rates.  While individual consumers can be forgiven for not fully grasping this concept, it is a basic “Investing 101” concept that all financial planners should know and understand. To make this concept tangible, the table below shows the YTD return for various treasury bond indices:

As you can see this is not the type of volatility one would normally expect from the “safe” portion of one’s portfolio… and rates have really only just begun to rise.  This is why it is so important to quantitatively understand the inverse relationship between interest rates and bond prices.  This is exactly why I have been pretty much shouting from the rooftops for the last several years that FPH clients should hold cash and avoid bonds, especially bond mutual funds and ETFs.

Below are links to and excerpts from several of my blog posts over the past few years in which I expressly warned about exactly the rising interest rate scenario that has unfolded.

This is Why Friends Don't Let Friends Buy Bond Funds (Mar 1, 2022) [I originally shared a version of this article in my client newsletter a few years ago. I updated and re-posted it to the Blog in March 2022]

The inverse relationship between interest rates and bond valuations is a difficult concept for consumers to grasp. Part of the reason is that many investors have only seen interest rates move in one direction – down.  The steady decline in rates since the high inflation days of late 1970s and early1980s has produced an almost uninterrupted bull market in bonds that has caused nearly two generations of investors to come to believe that safe, steady, positive returns from bonds are a given. Unfortunately, the gravy train has reached its final destination. For the past couple of years, interest rates on fixed-income investments (e.g., bonds and CDs) have hovered close to zero.  Zero is the end of the line for the bull market in bonds. Rates simply cannot go lower than that.  And now, with the well-publicized recent resurgence of inflation, we are beginning to see the ugly side of bonds.

Saying that the Bull Market in Bonds is Over is NOT Market Timing (Dec 10, 2021)

You don't have to be Nostradamus to foresee that the bond market performance of the last few decades cannot continue. While interest rates may stay low for a while longer, at some point they will likely have to rise. When rates rise, the values of existing bonds fall, and when that happens investors in bond mutual funds (including target-date retirement funds), may find the volatility to be at odds with their perception of the funds as "conservative."

Out of the approximately $270 million of client assets I oversee, more than $50 million currently resides in FDIC-insured cash paying virtually nothing. Most of this money accumulated from CDs and treasuries that matured in the last two years and have not been reinvested because renewal rates of .5% or less on 1-3 year maturities seemed to be too little to justify tying up. Extending maturities further is even less appealing. As of this writing, the 10-year treasury bond offers a 1.18% yield. The 30-year treasury sits at 1.93%. Still, as the gentleman who posed the question to me articulated, to many yield-starved consumers – most especially income-craving retirees - these 1-2% yields actually seem appealing.  What these yields do not convey is the principal risk that goes along with investing in these bonds.

Nonetheless, some investors may look at these tables and conclude that that there are far more and far stronger positive return years than negative ones and that such short-term risk is worth a little volatility. Here’s the problem with that logic – THESE RETURNS ARE NOT REPEATABLE! All of the positive returns in the table above were generated in large part by falling interest rates. As of this writing, treasury yields are at or very near historic lows. With the 180-day t-bill yielding .06%, and, as mentioned above, the 10-year and 30-year treasuries sitting at 1.88% and 1.93% respectively, it is inconceivable that rates can go much lower. It is, however, relatively easy to envision a scenario in which even modest inflationary pressure (perhaps caused by trillions of dollars of government spending) pushes rates considerably higher. Given the magnitude of the negative returns in the long-term bond indices in the face of just a 1% rise in rates, investors should think long and hard about whether reaching for 1-2% interest rate is worth the very real possibility of double-digit declines in value that may not be recouped for many years.

Looking for Yield in All the Wrong Places (May 2021)

These days, the most often posed client question I field is, “Why is there so much cash in my account earning 0% interest?”  At this time, I have north of $50 million in cash in client accounts, most of which has accumulated from bonds (including CDs) that have matured and have not been reinvested. My response is typically blunt and unambiguous – “Because bonds (and bond mutual funds) are no longer a viable asset class for consumers. In terms of liquid securities, consumers now have just two asset classes – Stocks and cash.”

I confess that I am sharing these excerpts in part to say “I told you so” to the legions of so-called “smart money” gurus in the financial media who scoffed at that the idea of selling bond funds and holding cash.  To my thinking, this trainwreck was entirely avoidable and could be seen coming from miles (years) away.  The stock market may follow a random walk, but the bond market does not. As I mentioned in one of the articles above, my proclaiming that the 40-year bull market in bonds was over when the 30-year treasury yield fell below 2% for the first time was not market timing.  I was not prescient. I was merely observing that bond yields just could not go lower.  I continued to be baffled at how many pedigreed pundits completely whiffed on this seemingly obvious observation.

Even if rates stayed low for many years (which they did), there was no consequence for being wrong or early. As we can see, the cost of holding 0% cash for the past few years instead of getting only marginally higher returns from bond funds, was very much worth avoiding the pain of holding bond funds today.

I am equally befuddled by how many of these same pundits are now convinced that rates have peaked and are still advising consumers to move into bond funds for “safety.”  However, my greater and decidedly more humble reason for sharing this retrospective is that giving context to the current environment now that rates have risen sharply is nearly as important as the prior guidance to avoid the losses from holding bonds in a rising rate environment.  For specific current guidance, please read my follow-up essay, Where to Stash Cash Now.