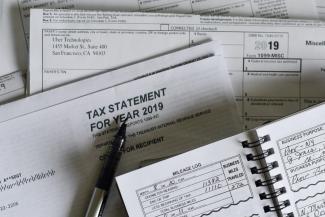 This blog post is a transcript of our founder JR Robinson's "Two Cents" Podcast which can be found on Soundcloud as well.

Greetings and thank you for tuning into my Two Cents podcast. Today is September 12, 2020.

Today’s show is intended to raise listener awareness of how recent and potential future tax law changes are giving pause to financial planners like me and, in some cases, causing us to radically rethink the traditional advice and strategies we have been giving our clients for decades.

As an intro, I should point out that the financial planner’s knowledge of tax rules pertaining to portfolio management, retirement accounts, and estate taxes is represent the low hanging fruit in terms of ways for planners to demonstrate tangible value to their clients. There are a zillion little rules and being familiar enough with them to know when to bust them out to show clients how the rules may save them money goes a long way toward gaining trust and credibility and toward justifying our fees.

I often quip that every time the tax laws change, it enhances my job security. In the last few years, the Tax Cuts and Jobs Act, the SECURE Act, and the CARES Act have kept my business booming and have also stretched my mental capacity to keep up with them all.

There is, however, a dark side to learning all the rules and to having the critical thinking skills to come up with innovative ways to apply tax rules to various client circumstances, and that is that sometimes the tax laws change in such a way that it makes the clever advice we gave previously look decidedly less clever in retrospect.

An Example of Tax Law Changes

To illustrate this point by example, until EGTRRA – the Economic Growth and Tax Relief Recovery Act of 2001, the federal estate tax limit per person was just $600,000. Estate planning attorneys were quick to encourage people to set up separate trusts to preserve each spouse’s $600,000 estate tax exemption for their heirs. Clients with anticipated estate values over $1.2 million clients were encouraged to set up irrevocable life insurances trusts or ILITs for short.

These trusts were used to purchase second-to-die universal life policies. Because the policies were held in a separate trust with its own tax ID #, the death benefits of the policies would not be includable in the taxable estate and could be used to pay future estate tax.

EGTRRA raised the federal estate tax limit to $1,000,000 per person and subsequent tax acts have raised it to its current level of over $11 million per person. As the estate tax limits have increased, many people who established ILITs began to view them as a burden because of their administrative complexity and because of the need to pay premiums for life insurance they no longer needed. As a result, many people terminated the polices and headed down the cumbersome path of terminating the ILITs.

I use this example of planning guidance obsolescence because, as you will see, it is directly relevant to a new round of recent and potentially future tax law changes. To put it bluntly, there is a fairly high likelihood that significant tax increases are in the offing and that these changes may dramatically alter our previous planning wisdom.

The basis for this prediction, is not – as some readers might surmise – an issue of political party affiliation but rather of logistics and pragmatism. Simply put, we have added trillions of dollars to the national debt and more tax revenue is needed to support that debt.

Over the past four decades, there have been many major tax reform laws passed under both Democrat and Republican congresses and administrations which have collectively amounted to a long-term trend of lower corporate and personal tax rates.

Evidence that this trend may be reversing and that the federal government is acknowledging the need for more tax revenue may be found in the passage late last year of the of the SECURE Act of 2019. It is essentially, the first domino to fall in undoing the traditional tax planning guidance that sophisticated financial planners have been giving since the 1980s (yes, I am including myself under that umbrella).

Allow me to explain – a provision in the SECURE Act that received considerable attention, but which has tax implications that are not yet fully appreciated is the elimination of stretch IRAs. Prior to the SECURE Act, non-spouse beneficiaries of retirement accounts and IRAs could take small RMDs each year and effectively stretch out the tax liability of the inherited pre-tax retirement account over their lifetimes.

The ability to continue allow tax-deferred accumulation beyond the lifetime of the account holder and to enable the next generation to moderate the amount of the tax due on the distributions by spreading them out over their lifetimes provided a great incentive for Americans to sock as much pre-tax money as they could into retirement accounts. Many financial planners, myself included, have long encouraged clients to view retirement accounts both as a tax savings vehicle and an estate planning tool.

Unfortunately, the SECURE Act sticks a big wrench in those plans, as non-spouse beneficiaries must now elect to withdraw the entire accumulated inherited retirement account balances within 10 years of the date of death. For many beneficiaries, this means receiving the distributions from their parent’s retirement accounts during their peak earnings years!

Score this as huge stealth tax revenue windfall for Uncle Sam. For us planners, had we known this was coming we would have placed much greater emphasis on saving to after tax Roth accounts.

Paradoxically, this provision of the SECURE Act now has many investors scrambling to establish ILITs to help pay for the enormous income tax liability that may be due to their progeny upon large distributions from inherited IRAs and retirement accounts.

Another similarly large stealth tax increase may be on the way as well – and it will not require either a Democratic or Republican congress to do anything at all. The Tax Cuts and Jobs Act of 2017 lowered federal marginal tax rates to their lowest levels in modern history. However, this and many other of the TCJA provisions are only in effect from 2018-2025, after which time they will sunset and revert to the 2017 levels.

Looking Through a Financial Planning Lens

For decades, the assumption has been that most Americans will be in lower tax brackets in retirement than when they were working. I and legions of other financial planners have been almost programmed to encourage clients to maximize pre-tax contributions to retirement accounts.

A big part of today’s message is to raise your awareness that maxing out traditional 401(k) and IRA contributions to lower your current income tax rate, may no longer be optimal and that, at the very least, we should be revisiting this concept, preferably with your CPA participating in the dialogue as well.

Listeners should also be aware that Uncle Sam’s lust for additional tax revenue in the years and decades ahead may not be limited to just personal income tax. Separate from the other provisions of the TCJA that are slated to revert to 2017 levels with the sunsetting of the Act, proposals to increase corporate tax rates, eliminate the step-up in basis in inherited property, and the elimination of tax favored treatment of qualified dividends and long term capital gains are being floated in Washington.

Any of these potential changes may produce a paradigm shift in the guidance financial planners may give to their clients. In some cases the advice may be to make major structural portfolio changes in the tax year before changes go into effect, in other instances, new tax rules may mean altering long term saving and/or spending behavior.

Serious critical thinking will be required to sort out the implications of every new change. For my part, I continue to be grateful for the job security these changes provide.

Thanks for tuning in to My Two Cents. Until next time…. Aloha!

How to design the optimal income harvesting strategy (Financial Planning)

John H. Robinson is the founder of Financial Planning Hawaii and a co-founder of software maker, Nest Egg Guru.