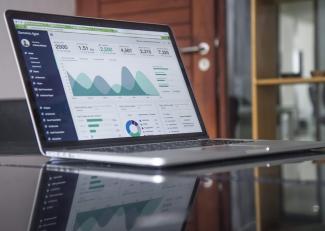 Rescue from a Scammer

This “Catch of the Day” showcases how an experienced financial planner’s knowledge of arcane rules and processes can save the day. The tale begins with a call from “Carol,” who had found me through a Google search for a financial planner in Hawaii. I could hear in her voice that she was distraught. Carol explained that she is a single, 62-year old postal employee with more that 40 years of service. Because her hands are arthritic she has been considering retirement and living off her civil service pension and the roughly $250,000 of savings she accumulated in the federal Thrift Savings Plan (TSP). Thus, when Carol received an email invitation to attend a seminar to help federal employees navigate their retirement benefits, she was eager to attend.

The event was hosted by a company with a name that implied that they were affiliated with the federal government and, according to Carol, when a participant at the seminar asked the presenter how they are paid for their services, he implied that the government pays them to help federal employees. Carol explained that the basic pitch was that the federal retirement benefits programs are complex and that, while they are useful for accumulating savings whilst one is working, they are less efficient and less secure after one retires. The presenters then offered to set times to meet with the seminar attendees individually to help them with the paperwork and to help direct them to a superior “private pension annuity.”

A Lesson About Traps and Pitfalls

The idea of having an experienced benefits expert walk her through her retirement paperwork was immensely appealing to Carol, so she signed up to meet with one for the reps the next day. In advance of the meeting a rep from the company asked her to provide her TSP username and password and to provide her bank account information so that that they could get a head start on the paperwork and set up the direct deposit instructions for her pension checks. I could already guess where this conversation was heading before Carol added this detail, but now alarm bells were sounding in my mind.

She said she met with two reps from the company – a man from the mainland and a local woman - at a Starbucks in Kapolei. As promised, the man had printed and prepopulated a bunch of forms from the TSP website. He explained that the forms were completed to establish her private annuity and to have the distributions checks deposited to her bank account. All she needed to do was to sign and initial where indicated. Carol explained that she began to feel a little uneasy because she did not understand all of the forms that were presented to her and he rushed her through the process.

The pair then walked her across the street to a FedEx/Kinkos office so that Carol could sign the last page of one of the TSP forms in the presence of a Notary. Carol said her uneasiness increased when the notary noticed that she was presented only with page of a 12-page form. The plan rep chided the Kinkos notary and said that all she needed to do was verify that Carol was indeed the person signing the form. When Carol signed, she also noticed that the American Savings Bank account number on the form did not appear to be her account number. She said she could feel her anxiety level rising, but she felt so pressured that she signed anyway.

The pair then bid their Aloha, and took all of the paperwork with them, leaving Carol with only their business cards.

Over the next week, Carol’s sense of dread only grew, so she called the local plan rep to advise that she had had a change of heart and would like to reverse the transaction. The woman responded with a two minute video text message that calmly, but firmly, informed Carol that the transaction was irreversible, but that she had done the right thing and that she would be happy with her “private annuity.”

The call did little quell Carol’s fear, so she called TSP to stop the transaction from her side. To her great dismay, the TSP rep confirmed that they had received notarized instructions to process to distributions representing the total amount of her TSP balance – one for $16,000 to an American Savings Bank account and another to an insurance company. The distribution to the insurance company had been processed and the distribution to the bank account was pending. The TSP rep provided Carol with the bank account number on the form, which Carol affirmed was NOT her account number. The TSP rep, then informed Carol that while the transaction request was indeed irreversible it was, fortunately, not too late to correct the bank account number.

Where FPH Factors In

After getting off the phone with TSP, Carol then called me. At that point, the only documentation of the transaction she had was an acknowledgement letter of the distribution to the insurance company that had just arrived from TSP, business cards from the scammers, and the two minute video clip. She did not know the name of the insurance company, the product she had purchased, or any other information about the fate of her $250,000 lifetime retirement savings. Carol said that she felt helpless and desperate and was wondering if there was anything that a financial planner could do to help.

My first advice to Carol was to immediately reset her password and security questions in TSP and with American Savings Bank. Since she called outside of normal mainland business hours, I scheduled a call with her for the following morning for us to call TSP and Nassau RE, the insurance company referenced in the letter from TSP.

The next day, the TSP representative confirmed that TSP had processed an Age-Based In-Service Distribution form. The form permits plan participants to process a one-time distribution from the plan. The distribution consisted of a $16,000 gross taxable distribution to Carol’s bank account with the mandatory 20% withheld for tax and a direct transfer to an IRA with Nassau RE. Per TSP rules age-based, in service distributions are irreversible.

After the call to TSP, I then initiated a conference call to Nassau RE. Referencing the contract number on the TSP letter, I had Carol authorize the service rep at Nassau to discuss the contract details with me. On the call, we were able to determine that Carol had been sold an index annuity that imposes steep penalties for contract holders who terminate within the first 12 years of issuance. The phone rep informed us that if Carol were to terminate the contract and transfer it to traditional IRA, she could avoid paying tax on the $200k plus balance, but would be subject to the maximum surrender penalty as well as a “market value adjustment” (MVA) charge.

I then asked the phone rep if the contract had been issued. She said it was slated to be delivered to Carol in a few days. At that point, I informed the rep that Carol would like to exercise her legal right under Hawaii insurance law to terminate the contract penalty-free during the 15-day “free-look” window, and I requested that the plan rep provide instructions for delivering Carol’s formal free-look termination instructions. The plan rep provided both an email address and a fax number, but cautioned that the termination will result in a check payable to Carol and that the full amount of the distribution will be subject to state and federal income tax.

After we got off the phone, I informed Carol that the tax liability could be avoided as long as she deposits the check from Nassau to an IRA at a different institution within 60 days of when the check is issued. We immediately faxed and emailed termination instructions to Nassau RE and followed up with a call to confirm receipt the next day. A few days later, to Carol’s great relief, the check arrived for the full amount that had been originally transferred to Nassau by TSP.

Because Carol had zero experience with IRAs, I helped her establish an IRA with TD Ameritrade, into which she deposited the check. Although IRA rollover rules are not as straightforward as many consumers believe, Carol could also get a refund on the tax withheld on the $13,000+ net distribution that was deposited to her bank account by depositing a personal check for the full $16,000 to the TD Ameritrade IRA. This deposit was recorded as a 60-day rollover from a qualified retirement plan.

These two separate rollover transactions successfully thwarted the would-be scammers. However, we had one more step to take to restore Carol’s retirement savings to its original status. Although TSP in-service distributions are not reversible, a separate TSP rule allows plan participants to transfer balances from their individual IRAs into TSP. Thus, our final step was to process a form provided by TSP to transfer the entire balance in Carol’s IRA TD Ameritrade back to TSP.

As a side note, as best as I can discern the purpose of the $16,000 taxable distribution to American Savings Bank appears to have been to enable the local plan rep to pay herself a 7% fee for her role in the scheme. I am guessing that the mainland plan rep was slated to receive a commission of as much as 10% or more on the sale of the index annuity contract. Following this ordeal, Carol contacted the Hawaii Insurance Commissioner’s office. She is filing a formal complaint against the company that hosted the seminar and the individual representatives who interacted with her. Exhibit A in the complaint will be the high pressure video clip that the local woman delivered.

Although this story is disturbing, fortunately, it has a happy ending. I doubt very much that most consumers would have been able to fully untangle the scammer’s web of transactions on their own. It also serves notice to all federal employees that they are targets of such schemes.

Do Not Invest In an Equity Indexed Annuity (Forbes)