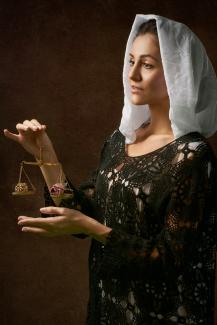 In May 2021, I wrote an article for Advisor Perspectives (Be Afraid, Very Afraid of Retiring in the 2020s) that made many investors, including a fair number of Financial Planning Hawaii clients, nervous.  In the article I noted that the back-to-back severe bear markets for stocks in the first decade of this century represented a black swan event for consumers who had the misfortune of retiring at the end of the 1990s, but that its impact was partially mitigated by the concurrent bull market in bonds.  My purpose in writing the piece was to caution people who are nearing or at retirement that if we were to enter a similarly hostile stock market environment today, the bond market could not repeat its magic because interest rates could go no lower.  After nearly 40 years of steadily declining interest rates, the bull market in bonds was over.  In fact, I specifically warned of the possibility of a generational “perfect storm” in which the stock market is depressed at the same time that surging inflation is driving up interest rates on bonds.  Does this investment climate sound familiar?

Fast forward 18 months to today and my article seems remarkably prescient.  The U.S. stock market is currently down around 20% with certain industry sectors (e.g., technology) down as much as 40% or more.  Raging inflation has also spawned soaring interest rates that have caused most bond funds to post double-digit declines over the past nine months.  In sum, the metaphorical investment hurricane I prophesized 18 months ago has come to fruition.  So why, as the title of today’s post suggests, am I suddenly more sanguine on the outlook for retirement income sustainability?

The Hurricane Missed Us!

There are two reasons.  First, FPH clients were largely able to sidestep the crushing bear market in bonds this year, because just about everyone heeded my advice over the past few years and eliminated exposure to bond mutual funds.  As most of our clients know, I constantly preach about the importance of having 5-7 years’ worth of estimated living expenses set aside in stable investments in retirement (and within 5 years of anticipated retirement).  This strategy helps retirees avoid sequence of returns risk – the risk of premature portfolio depletion brought about by being forced to liquidated investments when they are down to meet living expenses. I know it was not easy for many of you to earn next to nothing on cash for a few years, but avoiding the double-digit losses in bond funds today is the reward for that patience.

Second, interest rates have risen much more quickly than I expected.  In client communications earlier this year, I suggested that rates on T-bills and short term (12-months or less) might rise as much as 3% this year, which is similar to the 2016-18 run-up.  Instead, rates are bumping up on 5%.  It has been the largest 12-month rate increase, since the 1970s.  The newfound ability to earn 3-5% interest on savings, is a huge boost to retirement income streams and to portfolio total returns.

[For additional guidance, see my recent post, How to Invest in Bonds and CDs Now That Interest Rates Have Risen]

Way, way back when I was starting my career in the early 1990s, financial advisors were not compelled to read the latest academic research on how to make retirement spending portfolios last longer.  Investing for retirement income did not require Monte Carlo simulations or any other form sophisticated statistical analysis.   At that time, CDs and treasuries were paying 8-10% interest per year. A typical client was a person who had worked for decades at a big company, such as General Electric or Kimberly Clark.  Upon retirement we would roll their 401(k) plans over to an IRA and allocate the funds to bonds up to the point where the  interest was sufficient to cover the clients expected expenses. The remainder would be allocated to stock mutual fund to provide for future cost of living increases.  The possibility of portfolio depletion was barely an afterthought.  For many clients, the objective was simply to live off the interest and pass the principal balance on to the heirs.

Then, as today, many retirees who had diligently worked and saved for a few decades, found that they only needed to spend around 3-5% of their portfolio value to supplement social security and their company pensions.  Even on an inflation-adjusted basis, it is difficult to run out of money when the interest rate you are earning is much higher than the percentage you need to spend in order to maintain your standard of living.  For after-tax savings, 6-7% state and federal tax-free municipal bonds were a treat as well.

In contrast, for most of the past two decades, interest rates on fixed income investments have been at or near historic lows.  Twice in the last decade the 30-year treasury yield spent a fair amount of time below 2%.  Shorter term CDs and treasury yields approached zero.  In that yield environment, it is obviously impossible for most consumers to “live off the interest” from their retirement portfolios. Retirement spending necessitated planning spending down principal and an enormous about of research has been published to help the legions of retiring baby boomers figure out how navigate extreme investment environs so as not to run out of money before they run out of time.

This mindset has become so ingrained in the financial planning community that I believe I may be among the first to notice that retirement income planning just got easier.  In fact, scarcely a day goes by without a new news story about how bleak the investment outlook is for retirees. Here are to recent  examples:

4% Rule is Based on Faulty Assumptions, New Paper Argues

No place to hide?  I could not disagree more.  At this very moment, it is easy to construct a portfolio comprised of 60% CDs yielding 4.5-5.0% and with the remaining 40% allocated to a diversified basket of 20-30  U.S. stocks with an average dividend yield of 3.5% and a demonstrated proclivity for raising their dividends by more than 5% each year.  With this portfolio, a retired investor today could receive approximately 4% income from the portfolio, have a degree inflation protection through annual dividend increases, and not only never run of money but potentially never need spend down principal.

The validity/feasbility of this example hinges upon two important assumptions -  (1) that interest rates remain at current levels (or go higher), and (2) that the stocks in the portfolio do not cut their dividends.   With respect to the former, despite the magnitude of the interest rate increase this year, bond yields are still on the low end of the historical median, and the continued threat of inflation suggests that interest rates are not likely to go back down any time soon. As for rising dividend stocks, although dividend cuts among companies with established histories/policies of annual dividend increases are relatively rare, it is certainly possible that some number of companies in the portfolio might have to cut dividends in the face of a severe economic slowdown.  However, I have invested in rising dividend stocks for 30+ years.  Even through the back-to-back bear markets of the 2000s most rising dividend companies continued to pay and even increase their dividends each year. Over time, the shares of most of these companies appreciated too.  Very little is guaranteed in the investment world, but my point is simply that the investment environment for retirement spending may not be nearly as bleak as its being portrayed  - or as dire as I forecasted a year ago.  We are a long way from the halcyon 1990s, but the rapid rise in interest rates certainly makes investing for income easier.

What if you still own bond funds?

I do feel sorry for the legions of investors in 401(k) plans who were advised to shift their investment into “conservative” bond funds, including age-based target retirement funds as they approached and entered retirement.  My advice to people who still hold those investments is the same as I have been giving for the past few years – “Friends don’t let friends buy bond funds.”  Waiting for battered bond funds to rebound soon requires rates to fall again.  I don’t see that happening any time soon. In my opinion, most investors interests would be better served by reallocating the bond fund portion of their portfolios to individual CDs and treasuries.

A Benefit of Being Old

In closing, I am a bit surprised by how few of my peers in the financial planning community seem to recognize the current investment environment as an opportunity.  This is exactly how I felt for the past few years when I was shouting from the rooftops trying to raise awareness of the threat rising interest rates on the value of bond mutual funds.  My sense at that time was that the financial planning community did not fully appreciate the magnitude of the volatility because most financial planners have never seen interest rates do anything except fall.  Most financial planners today have also never experienced an investment environment in which retirees could live entirely off passive portfolio income without necessarily needing to spend down principal. Not everyone who gets older acquires wisdom, but I do believe that having had front row seats to an incredibly broad range of investment experiences over the past 35 years, is paying dividends today (pun intended).